Bauromat backed rider Will Bryant claimed the 2018 Pre-Injection 700 title with one round to spare after his first career hat-trick at Castle Combe last weekend.

Despite admitting his unfamiliarity with the circuit, Bryant spent only one racing day there in 2017, a solid Friday test day had built his confidence for the weekend and in true Bryant style he stuck his Honda CBR 600 on pole, easing to his first win of the weekend.

Race two was a similar affair, with Bryant again starting on pole. But after suffering from an uncharacteristic sluggish start, he lost several places and was forced into a recovery drive, taking the win after carving through the field - maintaining his perfect start to the weekend.

With two wins behind him, a win in race three meant the championship would be his, but it was far from an easy affair.

Despite starting from pole, the Shrewsbury based driver missed a gear in the race to the first corner and was swamped by his nearest rivals. 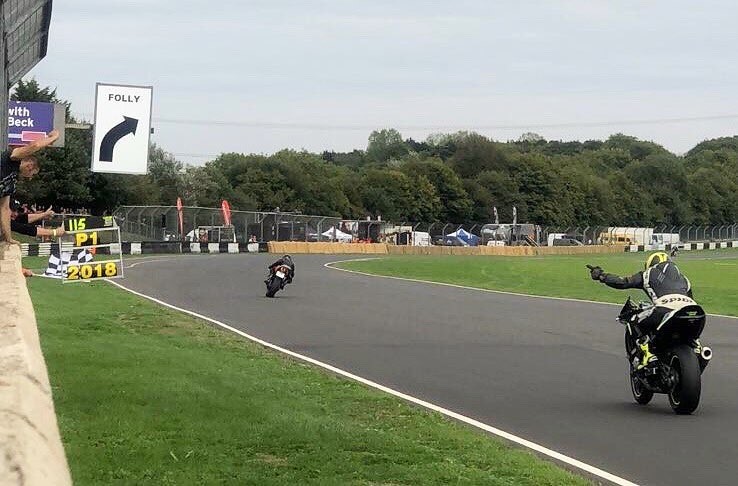 “I knew going into this race [race three] I could secure it, so I was really feeling the pressure” admitted Bryant.

“I could see my closest rivals in the distance but knew I had a lot of work to do.”

The situation felt like previous meetings in which a hat-trick had slipped out of Bryant’s grasp for any number of mechanical or electrical woes in the final race, but this time the bike was running perfectly as it glided through the field.

Having recovered to second as he started the last lap, Bryant admits he “really put the hammer down”. Holding his nerve he scythed past the class leader and crossed the line to take the victory, not only his first hat-trick but the 2018 title with it. 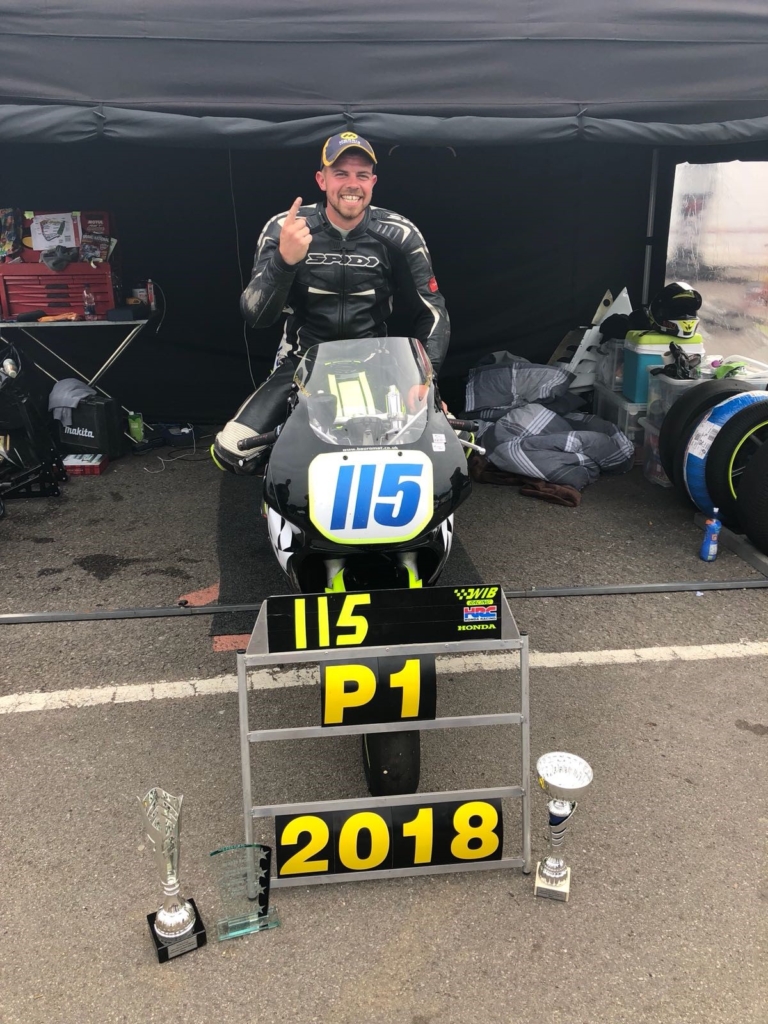 “To get the three wins on a meeting makes it even better.”

Having also been awarded the Performance of the Meeting trophy, Bryant now heads into the final round, his home circuit of Oulton Park, on the back of a perfect weekend.

With the championship pressure off, he’ll be looking to celebrate 2018 in style on the weekend of October 6th.