Bryant exchanged the lead with his title rival James McHardy for the majority of the final race, before a bold move on the final lap looked to have cemented the victory. However, as he pulled out of the final corner, his Honda CBR 600 lost power allowing McHardy to steal the victory by just one tenth.

"I could hear a few coughs as I started the last lap and thought 'not again', but it was getting slower down the back straight and as I came out of the final corner, there was nothing" said Bryant.

"I'm gutted I couldn't make it three, it felt like the same issue I had at Cadwell" 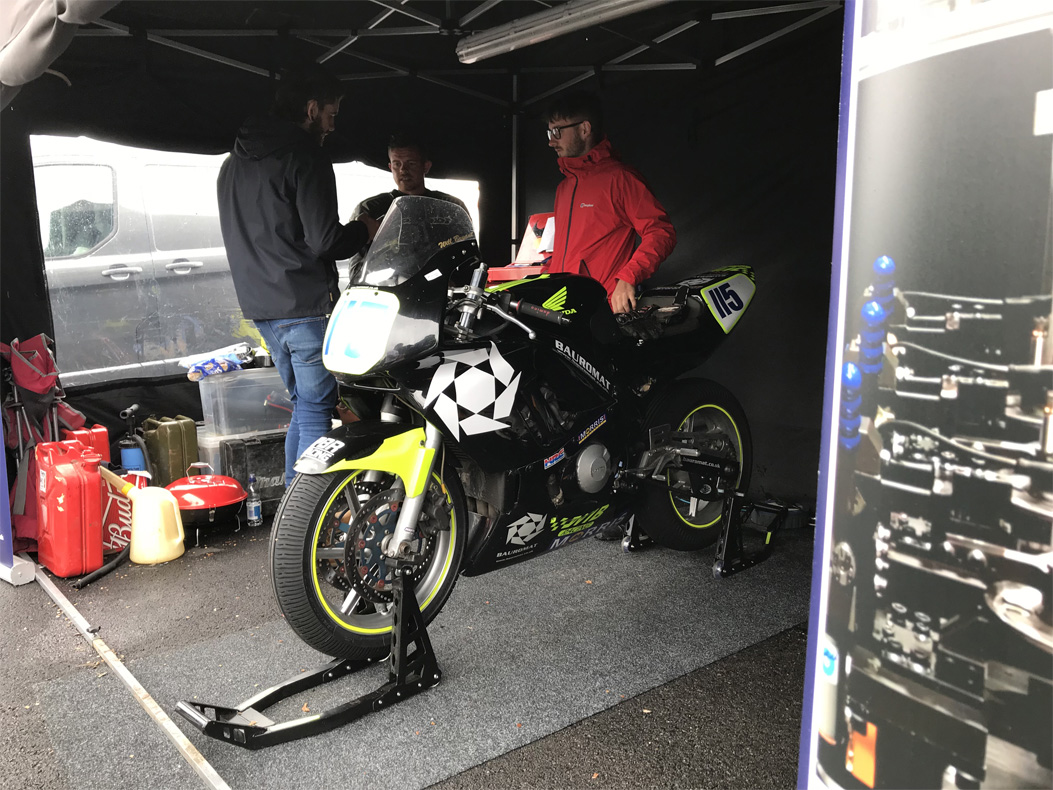 Despite his understandable disappointment, there had been reason to celebrate earlier on in the weekend as he added victories six and seven to his 2018 tally.

Qualifying in second, Bryant lost several places at the start of race one, admitting he hit the brakes early as things were quite tight from the off, but aided by pole man Daniel Jones' lap one crash and Bryant's growing familiarity with the East Midlands circuit, he managed to recover to take victory.

It was a slightly more dicey affair on Sunday through as British Summer's dark clouds made an unwanted return. With conditions constantly changing, Bryant and his team made the decision to switch to wets, only moments before the race start.

As Bryant headed to the grid, the heavens opened, and the decision was justified as he comfortably took the win 13 seconds ahead of second, emphasizing his wet weather excellence.

"It was pretty scary out there for the whole of the race" he said.

"It was the right decision in the end, there was actually standing water in some parts of the track, but it wasn't consistent which made managing the race really difficult".

With only two rounds left, the championship looks set to go down to the wire as Bryant holds a 22 point advantage over his nearest rival.

The next round takes place Castle Combe on 1st-2nd September.

For more information and further updates on Will’s season, make sure to keep checking back.