Bauromat backed Will Bryant’s Pre-Injection 700cc championship lead has been narrowed after a race one crash hampered performance for the remainder of the race meeting at Pembrey last weekend.

The result means for the first time in 2018, Bryant leaves a race meeting without taking victory in one of the three races.

After setting the fastest time in qualifying and lining up on the grid on pole, Bryant was forced to hold a tight advantage at the front, fending off his closet rivals at the opening. This lead would only last a single lap before the front end of the bike tucked however, sending Bryant into the greenery of South Wales and for his first DNF of the season.

“I think I was carrying a bit too much front brake into the corner and the tyres may not have been fully up to temperature that early into the race. It’s just one of those things that can happen” he admitted.

“The damage was mainly cosmetic, but it also snapped the rear brake lever and bent a couple of bits. Luckily these were things we could fix with a bit of duct tape!”

The results come just a month after Bryant suffered from engines woes, forcing him into a late engine change for the previous meeting at Snetterton.

“We don’t know what went wrong with the other engine, so what we did was put the modified head of the race engine onto the lower half of the engine we used at Snetterton and it’s seemed to have done the trick.”

With the accident happening on the Saturday, this gave Bryant and his team significant time to repair the bike for Sunday’s two remaining races. 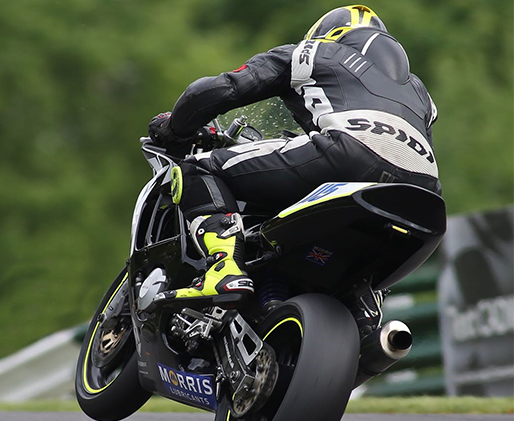 Starting from 30th in the second race of the weekend following his DNF, Bryant recovered to take an impressive third place with multiple passes on all corners of the circuit.

Despite admitting his pace had dropped by nearly a second a lap as he was “playing it a little more cautious”, Bryant then went one better in the final race of the weekend, taking second.

Despite his recovery, with his nearest rival taking two wins and second, Bryant’s championship lead is now at just 13 points as they head into the business part of the season.