As an established robotic & automation systems integrator, we thought it'd be pretty foolish of us not to attend the show named after 'EXACTLY' what we do. That's why we're proud to officially confirm that we will be exhibiting at Robotics & Automation, the UK's only dedicated robotics & automation exhibition, taking place this October (10th-11th) at the Arena MK in Milton Keynes.

Like the industry and need for automation itself, Robotics & Automation  has grown substantially over the last few years and as a systems integrator, we wanted to fly the flag for all things automation. If you've ever considered automation, this is ample opportunity to sign up to the show, come to our stand and find out all about how we can produce a system that not only reduces your costs, but increases efficiency and gives you an edge. 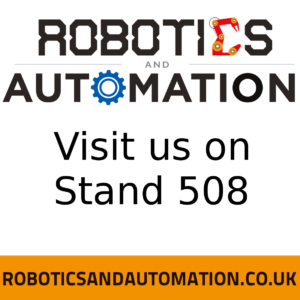 We're still keeping the features of our stand close to our chest in the meantime, but if the latest in automation and robotics is what you're after then: One, you're at the right show (just look at the name) and two, you'll want to come to the Bauromat stand.

Having attended shows earlier this year at both the NEC and Ricoh Arena, establishing a strong foundation in and around the Midlands, exhibiting at Robotics & Automation gives us an excellent opportunity to extend a hand to those seeking automation further South and beyond.

So if you're considering getting into, what is slowly becoming the necessary world of automation, then get yourself signed up to Robotics & Automation and see what the future of industry has in store for you - We'll see you in just under 12 weeks.

Visit us on stand 508 between 10th-11th October and keep in touch for further updates.